In furtherance to the development of the co-operative movement in the district, the need for establishment of separate machinery for the distribution of finance in the rural areas was felt vigorously & hence the district central co- op,banks came into existence as a Central Finance Agency to meet the financial requirement of the various co-operative in the district. The co-operative societies act gave birth to many co-operative institutions ,hence the Pune District Central Co-operative Bank came into existence on 4thSEPT.1917 with the vigorous efforts taken by late Shri.N.C.Kelkar. Now the Pune Central Co-Operative bank been the PDCC Bank LTD is having its registered office at 4 B, B. J. Road, Pune 411 001.   The Bank is  having Banking License No. RPCD Bombay 62 C, Dated 16/3/1995 from Reserve Bank of India to transact Banking business.The bank has rich history in as much as its first Chairman Late Shri.N.C.Kelkar a renowned litterateur and social worker. Able leadership was subsequently provided by eminent personalities like Late Dr.D.R.Gadgil, the father of co-operative  movement in India, Shri. L.B.Bhopatkar leading  lawyers of Pune and Prof.V.G.Kale economist. The Board has taken drastic decisions like implementation of Core Banking System, mobile banking and such other latest technology in the Pune District Central Co-op. Bank to compete in the changing business scenario.In the beginning i.e. in 1917 there were only two employees in the banks one was manager and another was clerk. The first manager of the banks was Shri.L.K.Bhagwat. The total no. of members were 137 out of which 55 were co- op.societies & 82 were individuals members. The bank started its functioning with the working capital of Rs.51,000/-.

The area of operation of the bank is extended over Pune District. Despite the fact that there is stiff competition from the nationalised & urban co-op.  banks, which have fairly large network in the district, but the bank has maintained its business share in the district and even at industry level.Since last 104 years the bank is rendering remarkable services to its customers. As a Central Financing Agency in the district, the District Central Co- op.Bank are  the platform on   which, the co-operative  societies in the  district use to maintain there reserve fund deposits and others, besides which the SLR investments in the  form of deposits are  being kept with the DCC banks by the urban co-op.banks. The DCC banks are representing the co-operative institutions in the district in many ways, for urban co-operative banks the clearing sub- members facility is being given by the  DCC banks besides  which the  DCC  banks are providing loans to various on lending co-operative institutions. The DCC banks are the backbone of the Agriculture Finance in the country.

The main objects of the Bank are:

The Management of the Bank is vested in the Board of Directors The tenure of the elected board is of five years.. Some of the powers of the Board are delegated to Executive Committee, Loan Committee and risk management committee. The meetings of Board of Directors are held once in every month, while the committee meetings are held once in every week. The Board of Directors consisting of 21members. In order to develop the co-operative structure, the representatives of different classes of co-operative societies are eligible to elect and act as a director of the Bank.. Two seats are reserved for the professional directors whose experience and guidance are useful to the Bank. The directors from different fields leads to work the bank in a profitable way, make overall progress of the district, and to run the Bank in democracy system. The composition of the Board of Directors of the Bank is as follows-

The member of the Audit Committee are appointed for the period of one year. There are maximum 5 members for Audit Committee and Honorable vice Chairman is Chairman for this Committee. Audit committee takes the review of the progress of audit reports by various authorities such as Statutory Auditor,National Bank for Agriculture & Rural Development (NABARD) inspection, Maharashtra State Co-operative Bank’s inspection and look after for suitable action for its remedy.

Control of the Bank

The annual balance-sheet, profit and loss account, auditor’s report are sanctioned by the Annual General Meeting of the Bank. The Board of Directors act as the trustee of the Bank. The Chief Executive Officer, General Manager and Deputy General Manager of various departments implements the decision made by Board of Directors. To help the Managers, there are Assistant General Managers of various departments. The Chief Officers of various Departments look after the daily activities of that department at the Head Office Level. At the operational level there is Zonal Officer for each taluka. He has a control over all the branches in that taluka. Also there are Senior Officers who look after the activities of two to three branches in that taluka. Further there are Branch Managers who look after loan and recovery the daily activities of the Branch. To look after the working of the branches there are various departments at the Head Office level.

Major working of various departments of the bank.

Administrative department looks after availability of man-power of the bank. The HR Department which comes under the Administrative Department handle all the matters of leave, transfer and recruitment of employees. It also looks after for opening of new branches, sanctions some of the expenditure of the branches.

It mainly looks after the availability of funds of the bank and its utilization in proper way. While making utilization of the available funds it has to consider two important factors i.e. liquidity and profitability. It has to consider the amount of investment is available as and when necessary and it should be invested in the profitable manner. To invest in the profitable manner it also consider the maximum lending limit (i.e. upto which the bank can sanction the loan), maximum borrowing power, capital adequacy, solvency and such other important aspects of the Bank.

IT Department looks after software and hardware of the bank.Bank has implemented core banking solution software across all branches.Bank providing IMPS,NEFT/RTGS services through mobile banking.

Financial Position of the bank

The bank has a strong financial position which can be judge by the following information.

The total deposits of the bank as on 31st March, 2022 was of Rs. 11389.60.crore. The bank has taken vigorous efforts to mobilize the deposits on a large scale. The deregulation of rate of interest offered on the deposits has created considerable competition in the market inspite of it, the achievement is remarkable on the part of the bank

The total investments consisting of S.L.R. and Non-S.L.R. investments have reached up to Rs. 7197.89crore.

The bank has rendered financial assistance to the primary agril.credit soc.,marketing soc.,weavers,consumer soc.,industrial co-op.,spinning mills., urban credit soc.,salary earners soc.,urban co-op.bank,co-op.sugar factories, individuals, loan against gold ornaments & fixed deposits receipts, consumers durable, transport soc., project finance etc. To make the development of the whole district, the bank is providing agricultural & non -agricultural loans to the needy society or individual. The bank quantum of agricultural loans is of Rs. 2409.19 crores & non agricultural loan is of Rs.5157.13 crores. The total loans and advances outstanding as on 31st March, 2022 were Rs. 7566.32 crore. The classification of loan is as under -

Micro Finance - By Self Help Group

The bank has created network of 290 branches and 4 Extension Counter within the district with 115 ATMs.

The bank had started to provide training in various fields such as banking, recovery, NPA Management, computerization, industrial finance, management of available funds & its utilization, liquidity management , risk management & so on. It helps bank for its future progress.

For achieving accuracy in work and maintaining update record and keeping constant speed in work, the bank has undertaken core banking system and for that system a separate department is established at the Head Office level. A separate core banking machinery in case of disaster management has also been set up . 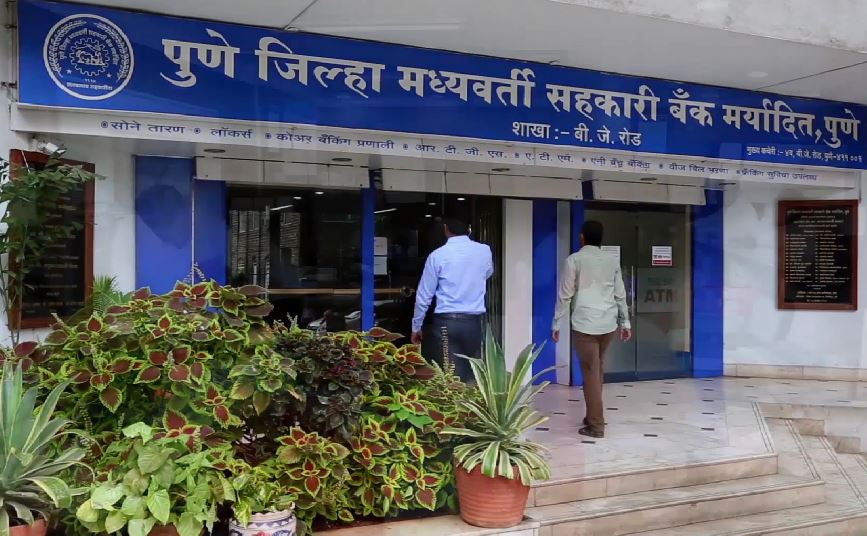 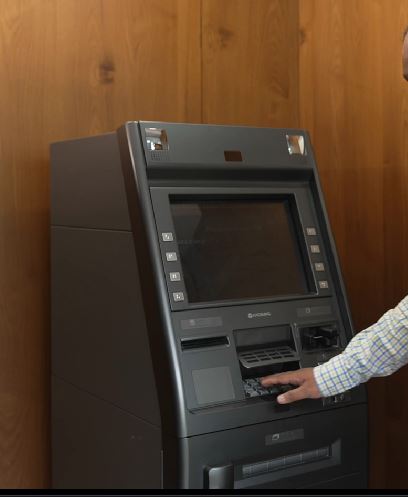 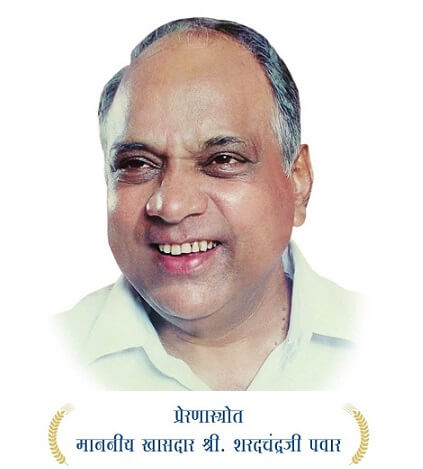 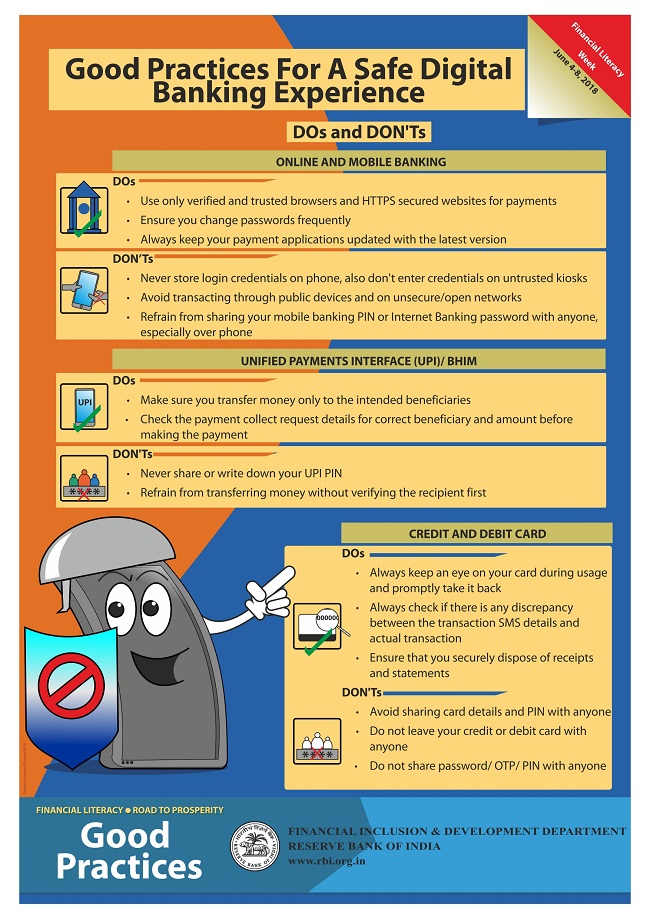